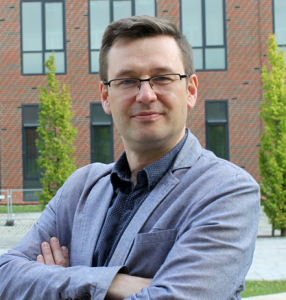 The focus of our team is to understand the function of astrocyte-specific pathways in the brain physiology and pathology, particularly those mediating neurobiological phenotypes related to psychiatric disorders. In current projects, we combine state-of-the art genetic manipulation with live imaging of biological processes in relevant cellular and animal models to identify novel therapeutic strategies. 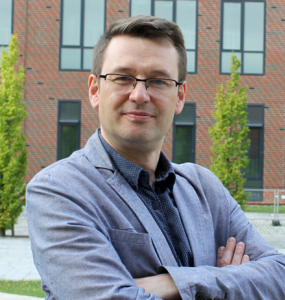 Michał graduated from the Université Louis Pasteur in Strasbourg, from the lab of Dr. Frank W. Pfrieger,  where he developed a set of novel transgenic mice for astrocyte-specific, inducible gene ablation. Afterwards, he joined Inst. Pharmacology, PAS, in Kraków, where he obtained Young Investigator Award from Polish Ministry of Science and Higher Education. During his stay, he found that astrocytes are an important cellular target in the brain of systemic glucocorticoids. He accomplished his postdoctoral training during Marie Curie IEF fellowship at VIB, KU Leuven. At this time, he obtained the direct evidence for the functional sensory tripartite synapse using in vivo imaging. Simultaneously, he developed a novel methods for flexible genetic manipulation of astrocytes in wild-types animals. His first independent position was at BioMed X in Heidelberg, where he led a project sponsored by Boehringer Ingelheim. Within four years the team has obtained the comprehensive evidence supporting the dysfunction of astrocytes in depression. The project resulted in a new drug discovery program launched by the sponsor. 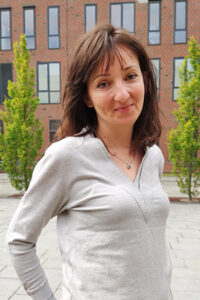 Agnieszka accomplished her PhD under the supervision of Dr. Wojciech Krężel and Prof. Piotr Dobryszycki, through co-tutelle between Université de Strasbourg and Wrocław University of Technology. Working at the Institut de Génétique et de Biologie Moléculaire et Cellulaire, she discovered the role of RXRg in mediating depressive-like behaviors and underlying molecular dysfunction of dopaminergic neurons. For her postdoc, Agnieszka joined the team of Dr. Anne Bertolotti at the MRC Laboratory of Molecular Biology, Cambridge, UK where she was awarded an EMBO and HFSP long-term fellowship. In her research, she investigated the strategies to prevent protein misfolding in neurodegenerative disorders. This work revealed the first selective inhibitor of PPP1R15B phosphatase with beneficial effect in ameliorating the symptoms of Huntington’s disease. The discovery led to establishing a startup CamPhos Therapeutics Ltd., where Agnieszka gained an invaluable experience in commercializing the outcome of basic research. 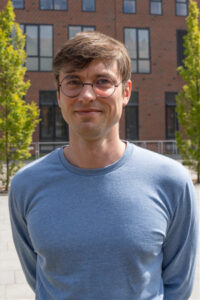 Bartek graduated from University of Warsaw and then began his PhD studies at the Nencki Institute of Experimental Biology in Warsaw. In both places he was involved in projects focused on metabolism, especially adipose tissue metabolism and it’s regulation by miRNAs. The work has led to discovery of several miRNAs, that were associated with the process of non-shivering thermogenesis. Additionally, Bartek was also involved in side projects within the cognitive neuroscience field, where he grew interest in non-invasive methods of animal behavior assessment and data analysis. Experience in these methods and being influenced by the system of metabolic cages from the previous project, led Bartek to work on automated T-maze system combined with analysis of animals with deep learning. Using deep neural networks allowed for analysis on the level that would be hard to achieve otherwise. Currently, at Łukasiewicz – PORT, Bartek is moving these concepts further and is responsible for implementation of a tool known as a social box, which allows for characterization of more complex animal behavior. 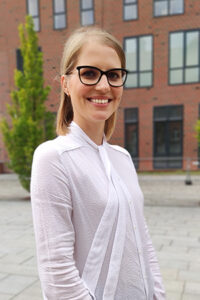 Katarzyna graduated from Jagiellonian University in Cracow and accomplished her Ph.D. degree in the Department of Biophysics and Neuroscience at Wrocław Medical University. In her research, Katarzyna focused on electrophysiological properties of the fast inhibitory synaptic transmission in the adult mammalian brain and she investigated molecular mechanisms underlying the activation process and modulation by benzodiazepines of the GABAA receptor. During her Ph.D. and a short postdoctoral training at Wrocław Medical University, while she continued her research on the relationship between the structure of pentameric ion channels and their kinetics, she discovered an intersubunit interaction and characterized long-range molecular interactions within the GABAA receptor. 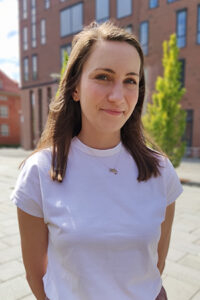 Anna graduated from Wroclaw University of Science and Technology and accomplished her Ph.D. at the Department of Molecular Physiology and Neurobiology at the University of Wrocław. During her research, Anna focused on molecular mechanisms of synaptic plasticity in hippocampal GABAergic synapses. As a result, she identified a specific role of matrix metalloproteinases and trans-synaptic interaction between neuroligin-2 and neurexin in inhibitory long-term potentiation. In our team Anna will be responsible for in vivo imaging. 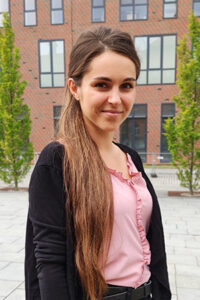 In our group, Asia works as a Lab manager and is responsible for orders, budget control, documentation and laboratory work organization. She graduated in Biotechnology from the University of Wrocław and Wrocław University of Environmental and Life Sciences. She gained laboratory experience at the Brandenburg University of Technology in Germany, where she spent a few months as a part of the Erasmus+ program, and at the Hirszfeld Institute of Immunology and Experimental Therapy PAS, where she was responsible for sequencing of bacteriophages and SARS-CoV-2. 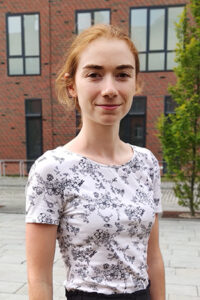 Ola graduated in Biomedical Engineering at Wrocław University of Science and Technology. She gained experience working as a bioinformatician at Hirszfeld Institute of Immunology and Experimental Therapy PAS, where she analysed data from Next-Generation Sequencing and third-generation sequencing of bacteria, bacteriophages and SARS-CoV-2. Ola joined Biology of Astrocytes Group to take responsibility of RNA-seq data analysis. 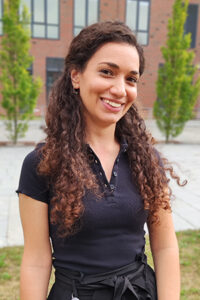 Tansu obtained her BSc in Molecular Biology and Genetics from Uskudar University, Turkey. During her undergraduate degree, she completed various research periods at University of Oxford, as part of the Erasmus+ Traineeship Programme.  Afterwards, she accomplished her MSc in Neuroscience and proceeded to begin her PhD with a keen interest on investigating the role and molecular mechanisms of astrocytes in neuropsychiatric  disorders. 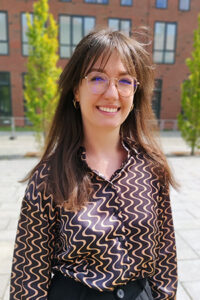 Patrycja acomplished her M. Sc. in Biotechnology with applied microbiology specialization at Wrocław University of Environmental and Life Sciences. She has experience in biocatalysis and technological processes optimization. As a part of EEA School she had an opportunity to visit Iceland and help local agri-food industries in achieving sustainable production. She joined our lab in 2021 as a trainee to acquire knowledge in neuroscience. Nowadays, she is responsible for research and development, particularly in behavioral analysis field. She is interested in psychology and fiction-fantasy literature as well as in growing houseplants. 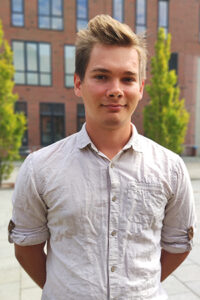 Paweł obtained his MSc in degree in Genetics and Experimental Biology at University of Wrocław, where he was identifying astrocytal receptor for transthyretin. Currently in our team he is investigating role of astrocyte’s metabolism in central effects of chronic stress. His main research interest is astrocytal regulation of synaptic plasticity. Privately committed floorball player and hitchhiker.

Astrocytes are known for their diverse and essential functions, including neurotransmitters recycling, regulation of synaptic transmission and control over the brain metabolism. These tasks are moderated through systemic signals, including hormones. Our team found that astrocytes are a direct transcriptional target for glucocorticoids in the brain and we identified that crucial metabolic pathways in astrocytes are controlled through glucocorticoid receptor activation. Moreover, we shown that this signaling pathway is necessary for central effects of acute and chronic stress. Interestingly, multiple members of GR-dependent pathway were consistently identified as dysregulated in transcriptomic studies of brain samples from patients of diverse psychiatric diseases. In our current research we investigate the contribution of selected pathways and genes for neurobiological correlates of circuit-specific impairments related to psychiatric phenotypes.

© 2021 Wykonanie: sm32 STUDIO
We use cookies on our website to give you the most relevant experience by remembering your preferences and repeat visits. By clicking “Accept All”, you consent to the use of ALL the cookies. However, you may visit "Cookie Settings" to provide a controlled consent.
Cookie SettingsAccept All
Manage consent

This website uses cookies to improve your experience while you navigate through the website. Out of these, the cookies that are categorized as necessary are stored on your browser as they are essential for the working of basic functionalities of the website. We also use third-party cookies that help us analyze and understand how you use this website. These cookies will be stored in your browser only with your consent. You also have the option to opt-out of these cookies. But opting out of some of these cookies may affect your browsing experience.
SAVE & ACCEPT